Tennis on the West Bench

The idea has emerged of locating a tennis structure on the land to the north of West Bench School. A small group of us met with the board of School District 67 yesterday to introduce the idea:

The basic idea seemed to be well received by trustees.  However, this is still extremely early stages.  In my view the purpose of meeting with SD67 was to simply to see whether they would reject the idea out-of-hand.

Penticton used to have an indoor tennis facility but the facility was removed to make way for the South Okanagan Events Centre.  The issue with a replacement seems to be a lack of flat, inexpensive land on the valley floor.

The north field of West Bench School is seldom used for school purposes any more and is now so lightly maintained that we hear complaints about it being little more than a weed patch.  At the same time, the West Bench could (with better water and a sewer system) grow significantly in the medium-term future.  As such, School District 67 might be inclined to retain ownership of the weed patch. 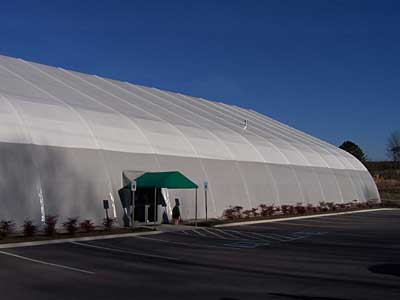 One possible solution is to lease the land from the School District and construct an indoor tennis facility.  Although removing the tennis facility in 30 or 50 years to make room for school expansion might be unpopular, I have two thoughts on this:  (a) there is no guarantee such an expansion is ever going to be necessary and (b) by that time the facility will have served a reasonable useful life.

I have provided two maps of the land in question in order to get a better sense of what is there:

Personally I don't think the West Bench is the ideal location for a regional facility such as this.  However, most of the alternatives have already been considered and rejected.  From an Area F point of view, I would see this as an interesting ammenity.

Who will pay for it? I see this as a City of Penticton undertaking with involvement of the Penticton Tennis Club.  Here is the plan I personally envision:

Let me know if you have any questions or ideas about this (the comment feature is enabled at the bottom of this page)  This is very early stages and we are just throwing it out there to gauge interest and/or opposition.  If you are really passionate in favor, you should contact Ken Nayor or Helena Konanz and get involved.

Tennis on the West Bench

This is a great idea. One that we should follow up on. Please let me know how I could be of any assistance.

Up to tennis players to convince Penticton

This would have to be a Penticton-led initiative.  As such, the tennis community would have to convince the City of Penticton to move forward.  The RDOS, and Area F in particular, do not have the resources for anything on this scale (we are happy if we can keep the court at Mariposa operational).  But we can cooperate and facilitate.